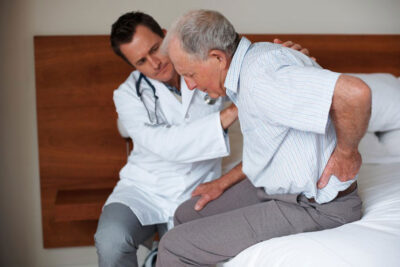 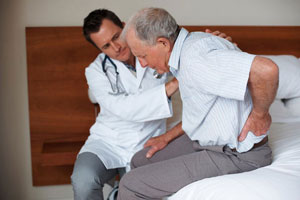 Medical cannabis can provide relief to patients sufferings from a wide variety of conditions and symptoms, including cancer, PTSD, epilepsy, and anxiety. One of the most discussed uses for medical cannabis is the treatment of chronic and acute pain.

Despite this, there are relatively few conclusive scientific studies to support this claim. This is often due to how difficult it is to gain approval for a study involving cannabis, but despite the lack of published evidence, there seems to be a bottomless supply of pain sufferers who praise cannabis’s worth.

There are two types of pain: neuropathic and nociceptive. Neuropathic pain, which occurs when an injury or malfunction is endured in the central or peripheral nervous system, is the type of pain for which medical cannabis has been found most helpful. This includes pain from cancer or phantom limb pain.

That said, medical cannabis can also offer much-needed aid to sufferers of nociceptive pain, such as arthritis, bruising, inflammation, and burns. This type of pain is caused by direct injury to nerve endings, and is generally short-lived, whereas neuropathic pain is often chronic.

In the last fifty years or so, opioids such as morphine and oxycodone have been used to treat pain; unfortunately, they are considered largely unhelpful in the treatment of nociceptive pain, and are associated with serious, even fatal, side effects, addiction, and overdose. 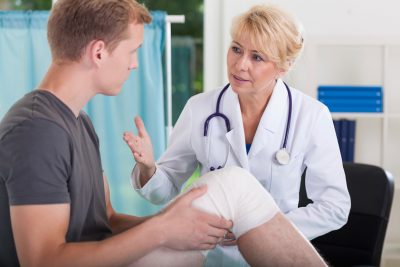 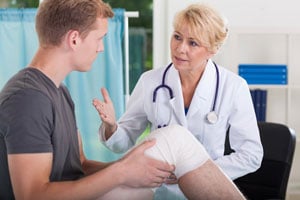 Painkillers dampen the perception of pain by muffling the signals sent by receptors in the brain, which notify the body of pain. Over time, however, the body begins to process the drug more efficiently and, as a result, the body begins to build up a tolerance. This means the body now needs a higher dosage in order to feel the same pain-relieving effects.

Tolerance is not the same as addiction, but it is how addiction can begin. While medical cannabis can lead to dependence, it is rarely considered addictive. Cannabis affects the body in the same way as opioid painkillers, and the body can build up a tolerance to it as well, but the major difference lies in the danger of the side effects. While cannabis use can result in headaches, dizziness, and other symptoms, they are generally mild, and most doctors agree there is no lethal dosage.

Additional side effects of cannabis may even be helpful, depending on the patient’s condition. For instance, ingesting medical cannabis can increase appetite and reduce nausea, a particularly useful bonus effects for those undergoing chemotherapy. Some patients also state medical cannabis begins to work more quickly than other painkillers.

Differences do exist between the effects of natural cannabis – smoking or otherwise ingesting the buds and leaves of the plant – and synthetic cannabis, which has been created in a lab to imitate the chemical makeup of the cannabinoids. Always consult with a doctor, and do your own research before depending on any natural strain or synthetic drug.

Read More: Four of the 80 cannabinoinds found in cannabis

It is important to note no painkiller – neither opioid nor medical cannabis – is intended to remove the cause of the pain. Rather, painkillers dampen the perception of pain, for as long as the drug is in the patient’s system. Painkillers are intended to offer short-term relief, not a cure. Researchers and doctors are currently working to determine whether medical cannabis offers long-term remedies for certain illnesses, as is believed by many advocates of the plant.

Review our Medical Benefits section to learn more about how this natural medicine affects the body and aids numerous conditions and symptoms.