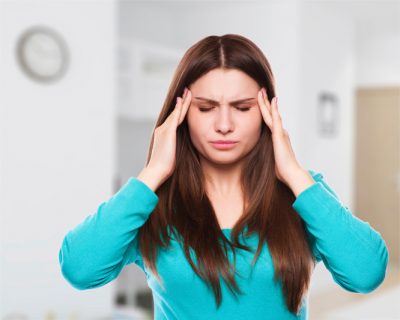 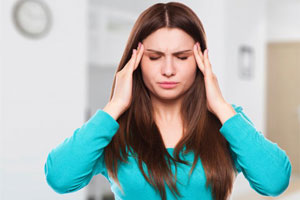 Cannabis was used to treat myriad conditions and symptoms long before it was blacklisted as a Schedule 1 drug. The drug was commonly prescribed to treat chronic and acute pain, including headaches.1

Headaches and migraines are brought on by various instigators – tension, eye strain, muscle stiffness, genetics – and cause a host of unpleasant and debilitating symptoms. They are often categorized under the umbrella of chronic pain.

Unfortunately, but not surprisingly considering cannabis’ primarily illegal status, large-scale studies on the viability of cannabis in treating headache and migraine are nearly non-existent, and current conclusions are mostly drawn from anecdotal and lab-based research. Such research has shown, as outlined in a recent review of existing literature, that “cannabinoids [compounds in cannabis] appear to modulate and interact at many pathways inherent to migraine…suggesting potential synergistic or similar benefits.” 1

In 2013, a study by the University of California2 examined the reasons pharmaceutical migraine medication is successful, and found the drugs appear to work within the endocannabinoid system of the human body. If this is correct, cannabinoids in cannabis may affect migraines in the same way as these drugs, called triptans. It should be noted that this research was undertaken with the aim of furthering future pharmaceutical medications, not to promote self-medication with cannabis. 3

One aspect of the endocannabinoid system involves the release of the neurotransmitter serotonin. The ability of cannabis to counteract the onset or severity of migraines could be related to THC – a primary cannabinoid in cannabis – and its effect on serotonin levels.

Read More: Learn about the other prominent cannabinoid: CBD

A new study published in 2015 – apparently the first of its kind – considered 121 subjects, migraine sufferers who treated their pain with cannabis (ingested through various methods) over the course of approximately four and a half years. Of this 121, an impressive 103 found the frequency of their migraines diminished when they began using cannabis. 15 patients found no change in the frequency, and only three saw an increase in the occurrences.

Other details of the study: The 103 patients who found treatment successful experienced a reduction in frequency, on average, from 10.4 occurrences per month to 4.6. Fourteen subjects experienced mild side effects, mostly from edible ingestion. Half the 121 patients were using prescription medicine as well over the time period the study examined. 4

Despite the overwhelming positive results from this research, other case studies and interviews with migraine sufferers who have tried treating the malady with cannabis suggest that the chance of the drug reducing or eliminating migraines is about 50%.

It is significant to note, however, that different strains of cannabis can provide considerably different effects. In other words, if one type seems to exacerbate headache symptoms, another type could still provide relief.

Those considering cannabis for migraine relief should also be aware that headaches are one side effect of cannabis use. For this reason, it is important that those choosing to try cannabis as treatment begin with a small amount of the product and increase over time only if the effects remain negligible.

Cannabis enters the bloodstream and affects the body most quickly when it is smoked, and this speed can be alluring to those who feel a migraine coming on and are seeking immediate relief. That said, there are downsides to smoking cannabis, including the ingestion of carcinogens and the effect of smoke on the respiratory system, so most doctors recommend avoiding this method of ingestion.

Read More: The difference between vaporizing and smoking cannabis

Using cannabis edibles – baking or cooking with the product – is another popular way to ingest the medicine. This may prove a less than ideal treatment method for migraines, however, as the compounds take longer to begin working. Additionally, since migraines sometimes cause vomiting, the medication could be ejected before it begins to work.

Vaporization may prove in time to be the best ingestion choice for medicinal treatment, particularly in the case of migraines. Regardless of your chosen method, however, discussing cannabis treatment with a health care professional is always advisable over self-medication. 5

Review our Medical Benefits section to learn more about how this natural medicine affects the body and aids numerous conditions and symptoms.